Ms Browne’s Class have been very busy tracking Dazzler the Elf on the Gardaí #FindDazzler campaign for the last few weeks.

Dazzler escaped from Garda custody in Kilmainham Garda Station on December 1st and has been on the loose around the country ever since, with Garda Elves Jingle and Jangle in hot pursuit!

Ms Browne’s boys have been recording the places Dazzler has been spotted on the map and couldn’t believe it when they arrived into school on Monday morning to find something suspicious had happened over the weekend.

Dazzler had dropped into the classroom on Saturday!

The classroom elf, Fred, tried his best to capture the trickster but to no avail. Even with backup from Garda Elves Jingle and Jangle, Dazzler still managed to escape and is still on the loose! 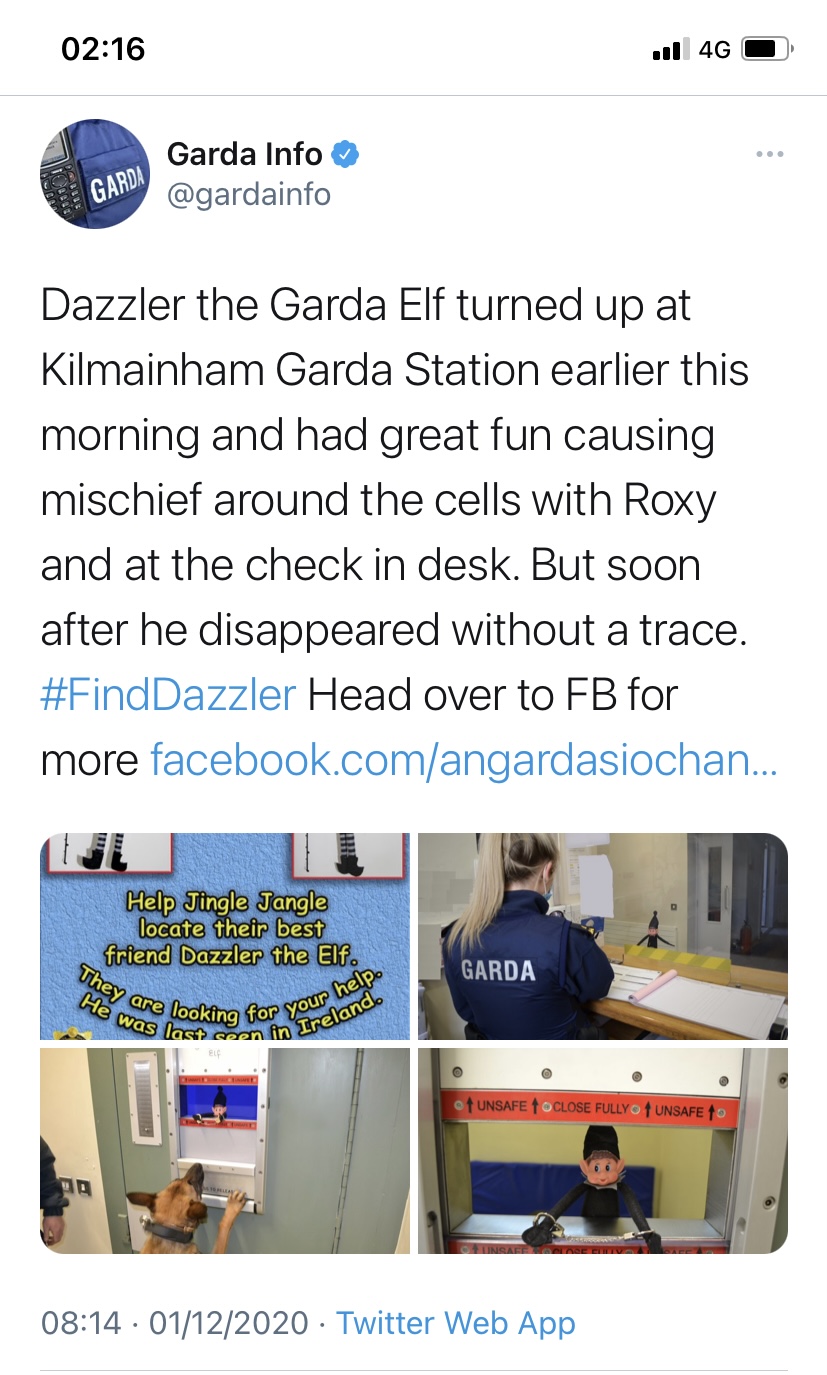 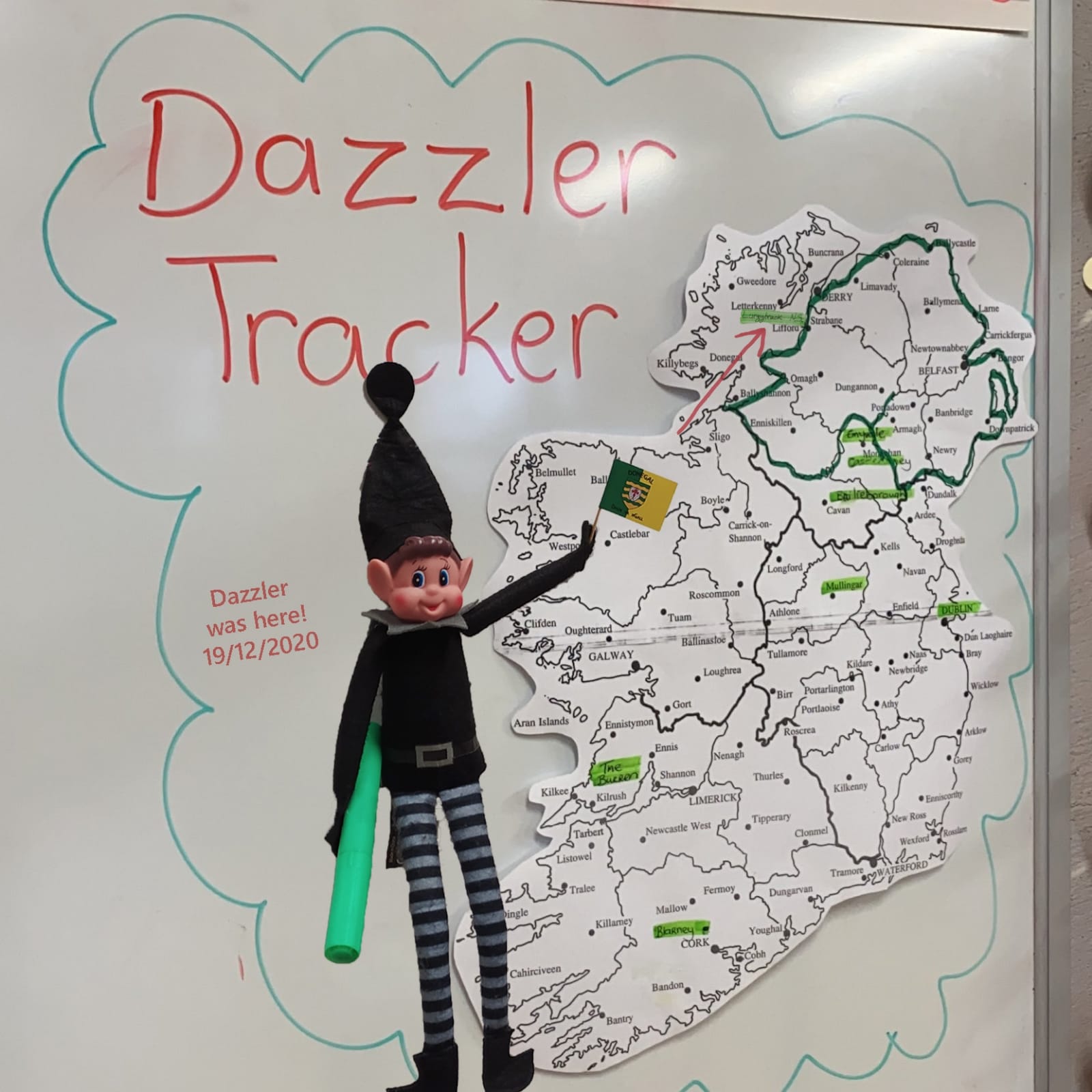 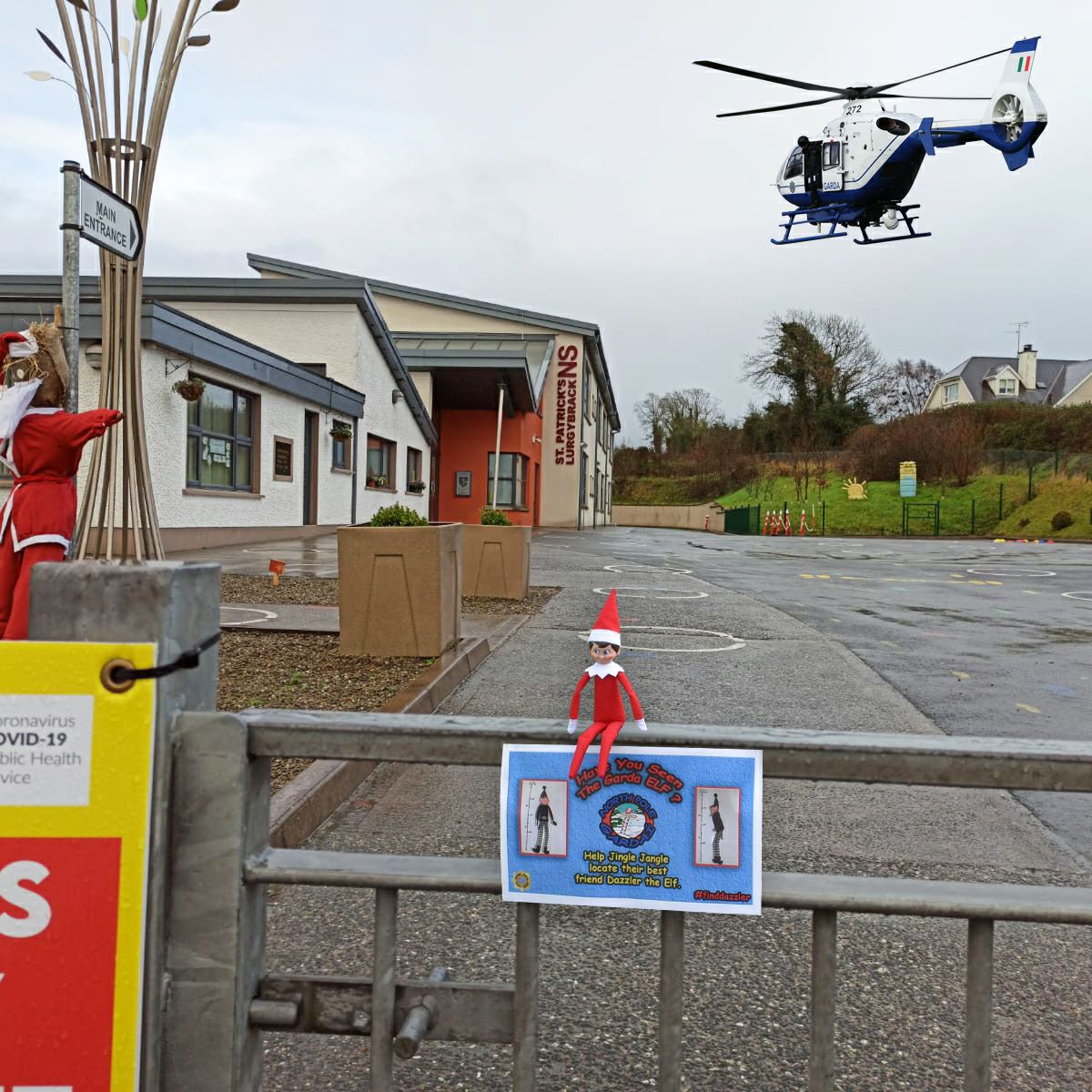 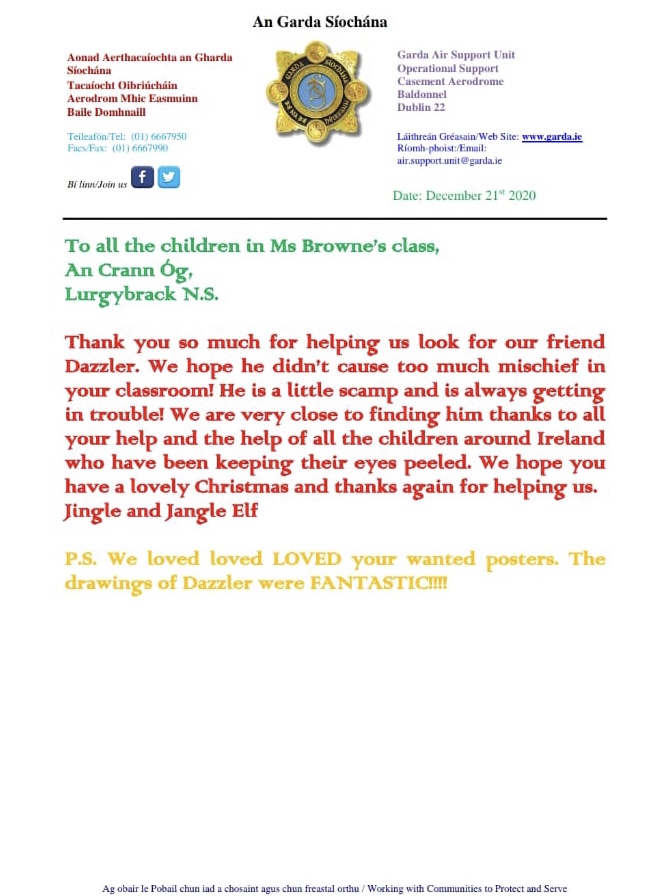